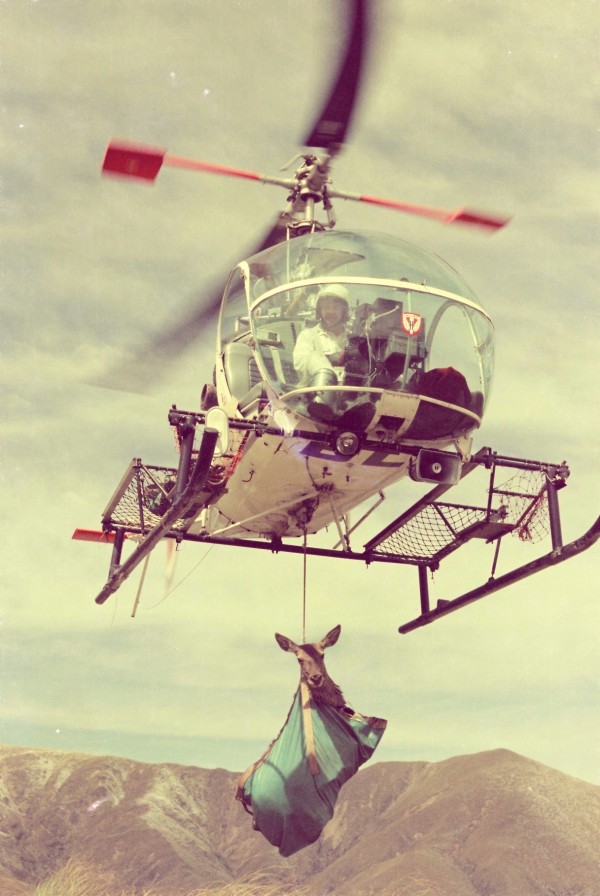 In the 1970s, large numbers of live deer were captured in the wild – many from helicopters – and sold to would-be deer farmers. Photo courtesy of the Bryan Bassett-Smith Collection

The large-scale commercial farming of deer began in New Zealand following the granting of the first deer farming licence in 1970. New Zealand remains the world's largest and most advanced deer farming industry.

Deer are not native to New Zealand. The first deer were brought to New Zealand from England and Scotland in the mid-late 19th century for hunting. Multiple shipments took place and numerous releases were made in both the North and South Islands.

Wild herds of red deer soon established in both islands. Herds of fallow deer established in parts of the North Island, along with localised herds of sika, rusa and sambar. White-tail were released in the South Island and Stewart Island. Elk were released in Fiordland, where they hybridised with red deer to create the legendary Fiordland wapiti herd.

The NZ environment proved ideal for deer and wild populations of red deer, in particular, grew rapidly. By the middle of the 20th century wild deer were regarded as a pest because of the destructive impact of large herds on the environment and native forests. Deer ‘cullers’ were hired by the government to reduce deer numbers, particularly in the South Island.

The potential to turn a pest animal into a profitable export opportunity was soon recognised. The export of venison from deer shot in the wild began in the 1960s, with many deer shot and then air-lifted by helicopter to game packing houses.

Shot wild deer are variable in quality and size. Also supply was variable. Many of those involved in wild venison recovery started to think it would be much better to farm deer, where quality and supply could be assured.

This idea soon spread and from the early 1970s, large numbers of live deer were captured in the wild, many from helicopters, and sold to would-be deer farmers. A new industry was born. 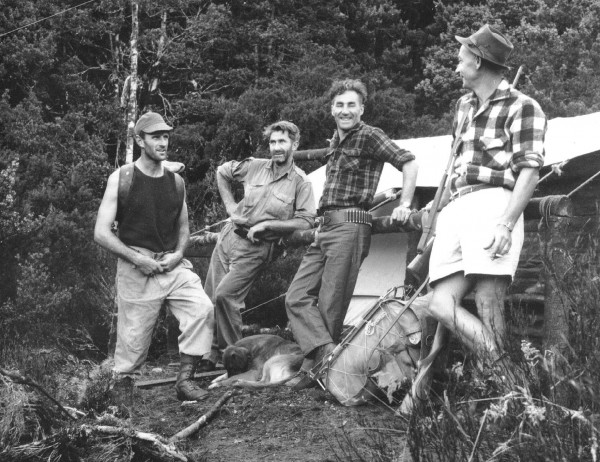 On 16 December 1966 Goodwin McNutt (left) became the first person to capture a live deer from a helicopter in New Zealand. Here is shown here in the 1950s with hunting companions.

History in the news 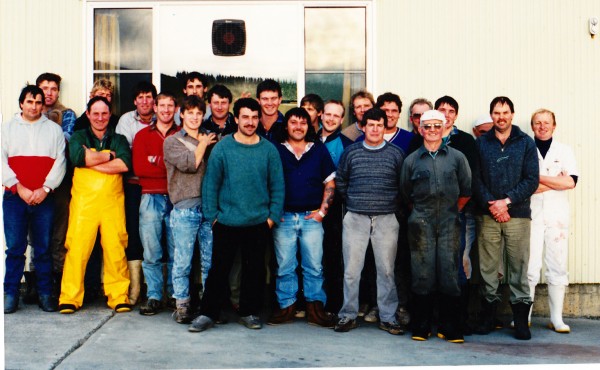 The team at Mossburn Deer Processing Plant – the first plant to process 500 farmed deer in one week, sometime in the 1980s. Doug Gordon is the meat inspector on the right (in white).

A deer enthusiast, from 1977 and throughout his career, Gordon kept scrapbooks of hunting and deer farming articles he clipped from newspapers. In 2021, when planning to retire, he decided to offer his 12 scrapbooks to the NZ Deer Stalkers Association library.

Scans of the pages appear here. They are a treasure-trove of deer history. Thanks Doug!

Click on the links below to view the articles.

Back to The deer difference