GHG pricing: DINZ getting down to detail


Transitional arrangements to protect sectors without mitigations is a part of the government’s farm-level emissions pricing proposal being worked on by the DINZ team going through the mass of detail. 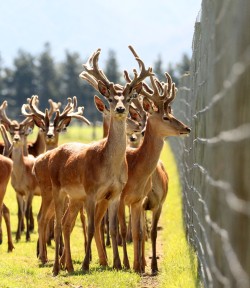 DINZ chief executive Innes Moffat, who is a recently appointed observer of the HWEN steering group, has been working through the detail of the government’s proposal and its implications for the deer sector, with Gus Charteris. Gus is an economic development consultant with a good understanding of deer, who has been engaged by DINZ for the project.

Moffat highlighted the pertinent changes that had been made in the consultation document from the original HWEN proposal to the DFA Executive and Branch Chairs in Wellington.

Later that day, deer farming leaders also had the first opportunity in the wider primary sector to directly and extensively question Ministry for the Environment (MfE) chief advisor Martin Workman and Ministry for Primary Industries’ (MPI) Fleur Francois, who have been working on the government’s proposal. 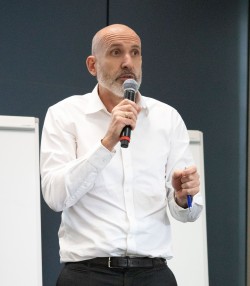 Moffat said: “I think there is an argument that deer, because of a lack of mitigation and a lack of impact on the nation’s greenhouse gas profile, should be arguing for shelter from the first round for a transitional period.”

The government proposal and discussions with officials acknowledge the need for transitional assistance for farmers who do not have any mitigations available, over the period from 2025 towards 2030 where government is looking for a 10 percent reduction in methane emissions.

While HWEN had requested industry input to pricing, government had taken the Climate Change Commission (CCC)’s recommendation that it independently and solely advises on pricing.

“This is something we’ve got to push back on very strongly,” noted Moffat.
Agriculture sector partners and government are focused on two core topics, the impact of the emissions pricing on sheep, beef and deer and recognition of on-farm sequestration.

Partners are concerned about government’s non-acceptance of HWEN’s proposals for recognition of on-farm sequestration categories for a wide range of vegetation. The proposed alternative limits rewards to riparian planting and native vegetation and switches sequestration into the ETS on the recommendation of CCC.

Putting more sequestration into the ETS is, in principle, a good move, “because if it’s going to be benefiting the nation, the nation should be paying for it,” but being in the ETS was seen as “unnecessarily bureaucratic and doesn’t cover all on-farm sequestration,” said Moffat.

Workman said the changes to sequestration were a recognition from government that there needed to be a relatively simple system to start with and that could be added to over time.

The cost of data collection and administration has “been very much front of mind for ministers and government,” said Workman, responding to one of the many questions from the floor but there is a trade-off. The more detail there is in reporting and verification, the more the costs go up, he noted.

Submit on areas of concern 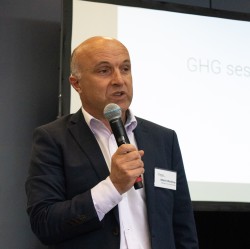 Both Workman and Francois strongly encouraged the deer industry – organisations and individuals – to submit on any elements of concern to the sector before the 18 November deadline so they can be taken into account.

Consultation on farm-level emissions pricing will close on 18 November 2022. Once submissions have been considered, the final proposal will go to Ministers for approval in early 2023.

DINZ will be working on its submission and templates to help individual submissions to be made. More information on that later.

In the meantime, B+LNZ is running meetings and webinars to get farmer feedback on the Government’s GHG Pricing Proposal. Deer farmers are invited to attend any of the 13 in-person meetings around the country, starting on 25 October through to 9 November, or any of the eight webinars being hosted by B+LNZ/Dairy NZ.

A series of public webinars are also being held by the Ministry for the Environment (MfE) up to 10 November.