Deer Industry NZ (DINZ) says the battle to get a greenhouse gas (GHG) pricing system that’s fair to deer farmers is far from over.

Its big concern is for those deer farmers who have little or no opportunity to plant trees to offset their emissions. Apart from planting trees to sequester carbon, there are at present no GHG reduction technologies that deer farmers can apply on their farms, short of cutting their stock numbers. 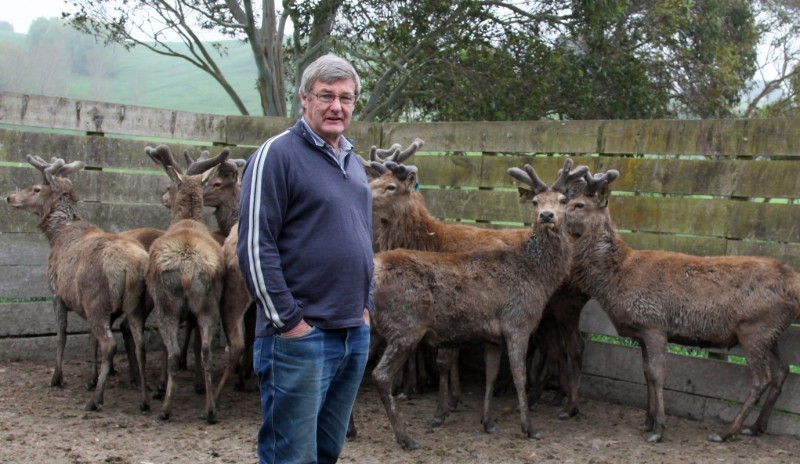 DINZ chair Ian Walker: Deer farmers must be provided with the tools they need to reduce GHG emissions without affecting the viability of venison and velvet production

Formal consultation on two pricing options developed by He Waka Eke Noa (HWEN) closed in late March. Farming groups will next get a chance to have a say when the government likely releases HWEN’s final policy proposal in early June.

DINZ chair Ian Walker says more than 100 deer farmers provided DINZ with feedback on the options and many also provided their views direct to HWEN.

“To everyone who made their voices heard, thank you. DINZ and the NZDFA have made their submissions to HWEN, but nothing beats feedback from an affected farming family.”

He says he has no doubt he will be asking farmers before the year is out to again make their voices heard.

“If agriculture enters the NZETS, or if the worst-case HWEN scenarios come to pass, the impact on deer farm viability will be disastrous. We have made it clear to everyone who will listen that ways must be found to reduce agricultural GHG emissions that do not affect the viability of deer farming,” Walker says.

“But listening does not mean agreeing, let alone making the changes we seek. So we will be closely analysing HWEN’s final proposals after they are presented to the government on 31 May, as well as the government’s policy proposals when they emerge. If we don’t like what we see, the deer farming community will once again need to speak up.”

He expects a heated public debate when the government consults the wider public about its proposals but, in the heat of the debate, he cautions deer farmers to remember the big picture – the need for agriculture to play its part in reducing GHG emissions.

“It’s the right thing to do. It’s what other New Zealanders expect of us. It’s what our markets expect of us. But the reduction targets adopted by government must be fair and farmers must have practical tools they can use to achieve those targets.”

Walker says DINZ has remained part of the HWEN process, because it figures that it gets a better hearing than it would have if it had stepped outside the tent.

“Sure, the options HWEN put out for comment took little account of the interests or concerns of deer farmers. But by staying in the tent we have got HWEN to review the formula for calculating deer emissions, which unduly penalises deer. It will also assist us to get deer farm emission charges to be balanced fairly between venison and velvet.”

The key GHG policy goals for DINZ are for:

Walker says DINZ will continue to lobby for policies that reflect these goals.

“Most importantly, we will try and help the government of the day find solutions that achieve GHG reductions while ensuring that our deer farms remain viable,” he says.